Many kids attend Travis Heights Elementary School, from our Pre-K to fifth grade. Pre-K and Kinder are some of our smallest kids, but still not our smallest members. Our smallest members are the THES pets! Some people would agree that animals movements and actions are inspirational for projects or PBLs that focus on science, specifically animal science. Not only this, but students or teachers who are irritated tend to stop and think while watching another animals movements, calming them down. Here is some information about the pets at our school.

Ms. Isoline currently has three rats. One is a small black one, whose name is Trixie. Trixie is a wild rat and is a bit nervous about the idea of tons of humans. She and the other rats are sometimes seen snuggling together. There’s  a slightly bigger black one that’s named Luna. Luna was a bit nervous at first, too, with all the people gazing into the glass, but is slowly warming up to humans. The last one is a white rat with black splotches. Her name is name is Badger. Badger was adopted along with her sister, Moca.  Unfortunately, Mocha died over the summer. Trixie and Luna are new to the school. A student gave them to Ms.Isoline so Badger wouldn’t be lonely. Badger tends to be the one that will come up to you if you open the cage. She is most comfortable with people. Sometimes Ms. Isoline opens the top of the cage and lets the rats run free. Badger runs on the floor, while Luna and Trixie explore the desk.
Mr. Paparone’s Snake

Every month certain teachers can get temporary pets from the Science Resource Center. (They get sent back after a little while.)  Mr. Paparone is one of those teachers. Not too long ago, Mr. Paparone received a corn snake. The children voted on a name and the winner was Zoom-Zoom Charlie. Zoom-Zoom Charlie mostly spent his time under his log. The children, however, did get to see Zoom-Zoom Charlie shed his skin! Depending on the age and species of the snake, they may shed twice every month or twice a year. Adult corn snakes typically shed twice a month.
The Chicken Coop

The chicken coop is a remarkable little addition to our school! There are four chickens currently. Three are ready to strut their stuff! One casually plays it cool, putting in a cluck or two. They are cautious of humans. They help teach responsibility to the Pre-K classes that take care of them. They teach kids about cleaning an animals living space, feeding animals, and making sure they have fresh water. Kids even collect the eggs!
Ms. Isolines Guinea Pigs

Ms. Isoline has two guinea pigs. One is a little baby guinea pig named Delilah, and the other is an older one is named Marshmallow. Delilah is small and white. Marshmallow is a light brown and white. Delilah gets nervous when people watch her and typically darts out to get lettuce. Marshmallow is nervous, but doesn’t dart out like Delilah. 5th grade occasionally gets to hold the Guinea Pigs.

This was a very fun project. When we started the project, we read City of Ember. We read a chapter a day. When we finished the book we got to watch the movie which was not like the book at all.  While we were reading the book we learned vocabulary.  Some of the vocabulary we learned was:  grave, lurch, scurry, and plummet.  We also did some other activities.To finish off, we brought in an object that represented City of Ember for us.  These pictures show some of the things people brought in. 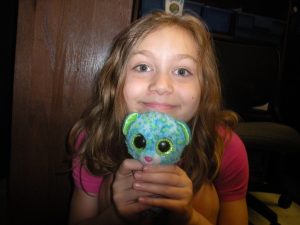 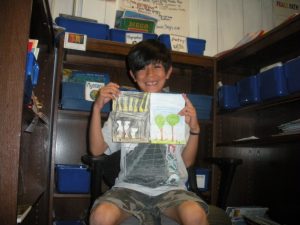 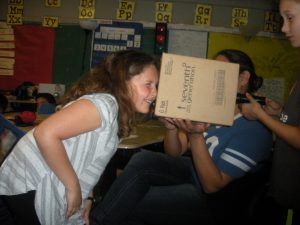 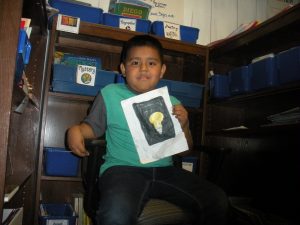 4th grade is reading Wonder,by R. J. Palacio, in class. We are reading Wonder to learn about kindness and empathy. The book is about a boy who has a face deformation and is going to school for the first time. In the beginning when he first went he had fun but then something happens and he does not like it any more. We will do a PBL (project- based learning) on the book. It  is told from 5 different points of view. I can’t wait to know what happens next! 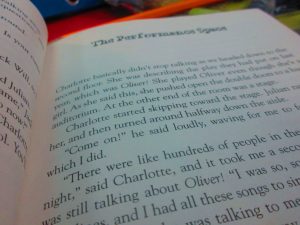 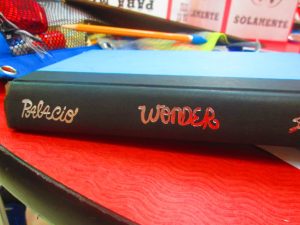 In Fourth Grade we are working on a projects called tiny houses. It focuses on area and perimeter. We have to design it, make a draft, and make a 3 dimensional version. Then we work on landscaping. Mine has a treehouse, a zipline, a hot tub, and a rope ladder. After you are done drawing it, then you color it. For the area and perimeter part we had to measure each piece of furniture. This was a very fun and interesting project. 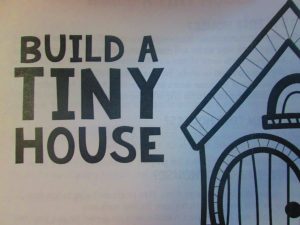 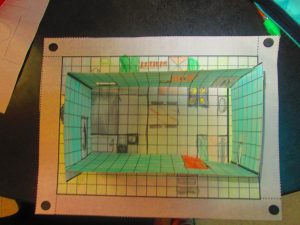 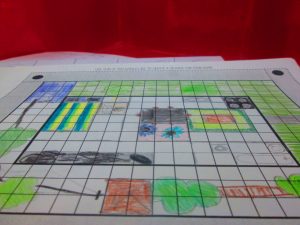 Continue Reading
By thebobblingpidgeon on 04/20/2017 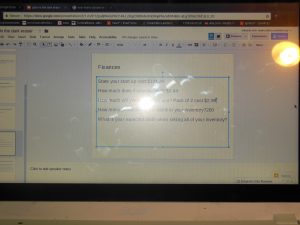 This was last month’s project on how to do business in the fourth grade classes. We learned what profit, loans, investing and finances.

This 4th grader is working on finances on the computer and was working with a partner on slides. Once they were done, the sharks from Shark Tank came to Travis Heights School 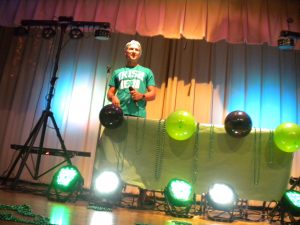 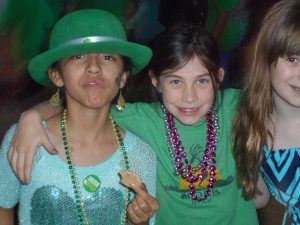 ck’s Day and to raise money for a field trip to the Alamo and for other things. There was a lot of food and drinks.

Continue Reading
By thebobblingpidgeon on 04/13/2017 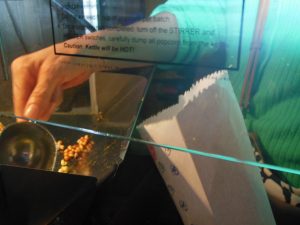 We want to thank the 4th and 5th grade parents that helped organize the Shamrock Dance. Starting at 4:00 pm to 6:00 pm. This is a booth stand where they were selling popcorn. There were popcorn stands, water stands and a cookie stand. This is Marco’s mom and Eduardo’s mom working on the popcorn stand and Roisin’s dad was working on the cookie stand. 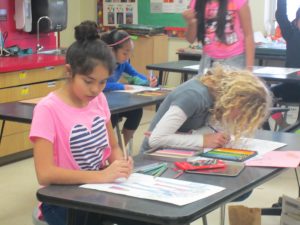 In art we are drawing magical trees.

The trees  have creative patterns on them. 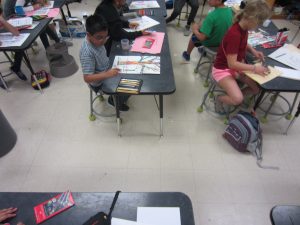 The whole class works quietly while 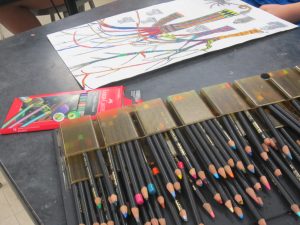 These are some of the colors we are using

to make our trees POP. 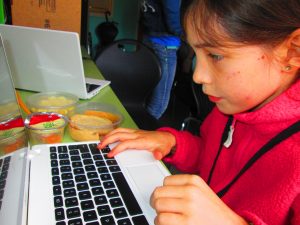 Here we have Roisin working on a post for the Photo Journalism team. We work in a room where we can concentrate, it’s very quiet. We usually work at lunchtime on Thursdays . The post Roisin is working on is called “Fourth Grade Music”. 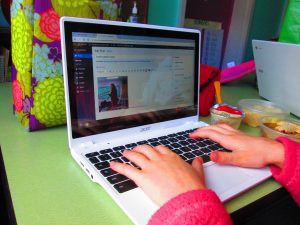 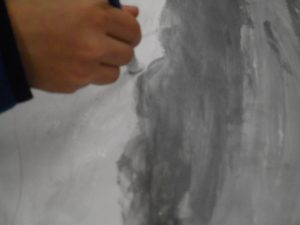 Fourth grade is working on a winter landscape in art.  Each class is making a variation on it. First fourth grade paints a stormy sky, then we draw and cut out a spooky tree.  Later we will draw mythical creatures and paste them onto our stormy background.